Working in early years is an extremely rewarding career but boy is it hard work, and at times absolutely exhausting! There, I’ve said it. Contrary to popular belief, we don’t just sit playing with playdoh all day, although with courage in our convictions we can all get back to doing more of what we love and what we came into this job for in the first place.

All the people I work with are here because of a genuine love for the children. We make sure of it when recruiting. The passion we have is what drives us but yet equally, it is what puts pressure on us when we feel we can’t give our best. Looking back, yes. We were probably guilty of being stuck in a rut of doing things because we thought it would be good for Ofsted. Yes. Our action plans where massive. Yes. We were trying to please early years educators from the LA and yes, time out and planning was always brought up on annual questionnaires.

We began to look at it and naturally work under 3 broad headings: 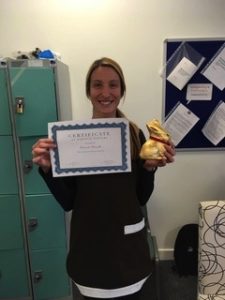 We have always said that our staff are our greatest asset. From a 3 day induction period and a buddy system people learn and grow into their roles during their probationary periods. Our supervisions are not just a paper exercise completed and filed away to be forgotten. There effectiveness in discussing the practitioners key group, workload and involvement in the setting that term keep the focus on them and their needs at any one time. Training is staff and team specific. From internal or external training days to short video clips, we have learned how to be clever in how we support professional development, identifying peoples strengths and supporting their weaknesses. Peer observations that we did once because someone told us to, have since been reintroduced because it was the right time for us. They have put people in charge of their own learning where they initiate sharing expertise and knowledge across the teams through observation and professional reflections. Team surveys have been revamped and help us to be pro active rather than re active by using questions that focus on and reveal elements of wellbeing and involvement, much like we do for children, helping us to analyse each setting and any specific needs individuals or teams may have throughout the year.
We can see where individuals and our teams are almost engaged, engaged or super
engaged which all helps with motivating people and growing your own leaders.
And then there is of course the fun stuff! Termly staff awards, no sickness bonuses,
personal letters home of praise or thanks from the director, annual company awards night, conferences, exhibitions and nights away, lunches at meetings etc 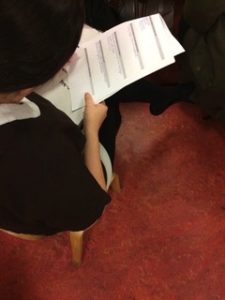 Our new motto – less is more! This has come about as we have learned how to reflect better and have the confidence that what we do works. After drastically reducing our planning in 2012, the next biggest and scariest changes we made was in 2014, taking our learning journeys on line. It seemed a no brainer that it would cut the time spent on admin around the EYFS however something to watch out for if you are thinking of taking the leap; if the settings expectations are still heavy around the number of observations that people have to do for example, going on line won’t cut down work – it merely moves it elsewhere. We had already slimmed down our planning and paperwork and this has continued with the system that we chose. We still do minimal short observations and – take a deep breath – we don’t ask for evidence for every single development matters statement for each child.The excitement when we got rid of the online SEF was beyond giddy! Our new action
plans which replaced it are now reviewed with our teams which means that everybody has an input and is able to come up with ideas that get listened to and actioned. Courage has come from the success of our these and visible improvements in practice because of them. Instead of doing a little about a lot and not getting very far we now do a lot about just one or two things at a time and see a really measurable impact. I would urge everyone to be confident in knowing what works for them – and have the courage to go ahead and do it, even if it means being brave and scrapping stuff you usually do “just in case”. We have even cut the admin around our action plans even more just this month. It’s all about the discussions and not the paper trail. A colleague of ours once said to us that if we were asked about something we didn’t do or have, that we should ask where it states that in the statutory framework. A question we constantly ask ourselves since. Our stressors questionnaire was a real turning point in strengthening the positive culture within our settings. In the simplest explanation, it asks each individual what are the stressors or triggers for you at work. From an apprentice, a practitioner, the SENDCO, the deputy or the manager, people get to really understand the roles of others, what it entails and the kinds of things that makes them feel pressures whether internal or external. This helped us finalise our policy and risk assessment for mental health and wellbeing as the teams started to reflect on what we already had in place, what they had control of, what they needed to be responsible for and anything else they thought we could do together.

3. MENTAL AND PHYSICAL HEALTH AND RESILIENCE 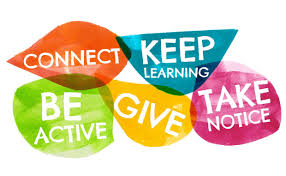 Being one of the first early years settings to sign the Time To Change employers pledge is something we are very proud of. It has been pivotal in helping us re-focus, and rediscover the direction we want to take in relation to supporting staff wellbeing.
It was really quite scary to begin with, after all we are not mental health experts.
Free NVQ’s from https://www.theskillsnetwork.com/ have given some of the team
knowledge around mental illness and Time To Charge resources have helped us
understand how to promote good mental health, being able to listen and discuss the once scary stuff and most importantly where to signpost if necessary.

We have learned that wellbeing is a right for everyone (including senior leaders and
managers) It doesn’t mean keep the team happy by managers taking on everything
themselves. In fact we have learned that quite the opposite works – when people are
involved and have a say in what is going on, they are more likely to be motivated in their work, to complete tasks and have ideas of their own. People look forward to coming into work because they are truly part of the team, they are decision makers and do-ers. If they have an issue, they know they can be open and honest and talk to us. When they don’t have to take work home, they can truly relax and be ready for what tomorrow brings.

We have also learned that supporting mental health and wellbeing is not just about being nice to people. People have still got to be accountable or the pressures and stress will just move elsewhere. It isn’t just about having a weekly yoga session or a fruit bowl on the table in the staff room. No amount of fruit alone is going to make a person feel better about their workload. We have worked hard on developing the respect, integrity, empathy and trust as well as collaborating and developing a genuine culture where everyone can thrive in an atmosphere where we feel confident to speak up for ourselves or for our colleagues. Don’t get me wrong, we have also done lots of nice stuff. From changing our staff rooms into calmer places to take a break, curry and chat nights, staff shout out boards and wellbeing baskets to initiatives and awareness days such as Red January and Active April all promoting the 5 ways to wellbeing – people are now slowly beginning to take the lead and recognise signs of stress or anxiety in themselves and might go for a walk on their lunch to clear their heads. However, self care is a personal choice and can only be part of the bigger picture. I want to remind everyone that nothing we do is rocket science. And it doesn’t have to cost a lot of money.
Everybody will have similar things in place, and will be doing lots of similar individual
things – it is just about bringing things to life rather than being just a tick box exercise.
It is about bringing it all together to create a culture that supports job satisfaction, wellbeing and performance. I”d say it’s a win win for everyone involved!

With 26 years experience, Sarah Fillingham is the Area Manager for Portico Nursery Group, supporting a team of around 100 practitioners and 7 managers across 7 early years settings.
From NNEB to EYPS more recently NPQSL, Sarah has influenced the lives of children in her role as Deputy Manager and Manager during Portico Nursery Group’s expansion over the last 17 years. 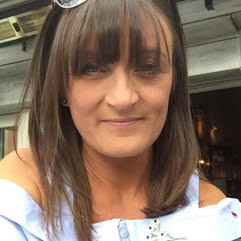 Winner of Nursery World 2017 Operations / Regional Manager, Sarah was also one of NMT Magazine’s Top 5 Most Inspirational Leaders in 2019 for her current focus around employee mental health, well-being and involvement alongside the emotional and physical wellbeing of the children.