The time of middle childhood (8 – 12 years) marks an exciting but sometimes scary milestone for children. The eminent neuroscientist, Dr Daniel Siegel refers to the neurobiological period of adolescence as a “reconstruction zone”. This is because the first ‘wave’ of brain development occurs during early childhood, with the final ‘wave’ taking place during adolescence, with lots of reorganization taking place in the brain. Two key points to note here are:

1. Blooming and pruning –neural pathways continue to develop through puberty. The blooming period of neural growth in early childhood is followed by a period of pruning, where the brain selectively strengthens neuron pathways, while those that are unused are eliminated. This pruning process is dependent on activity and stimulation. So, if your child enjoys a lot of sport or academic subjects out of school, and receives positive affirmations from you about themselves, those are the cells and connections that will be hard-wired. However, if they spend most of their time lying on the sofa, eating junk foods or playing video games, with frequent negative feedback and criticism from you, those are the cells and connections that will be strengthened and survive. The phrase ‘use it or lose it’ is useful to bear in mind.
2. The prefrontal cortex (PFC) is a brain region situated just behind the forehead. It controls planning, organization, insight, thinking before acting, controlling mood, reasoning, problem solving and delaying gratification. What is fascinating, and not widely known, is that the PFC does not fully mature until twenty six-years-old! Reflect on this with all the demands placed on children and how little time they tend to be given to express how they are feeling and why they do some of the things they do, that we find frustrating – without fear of reprimand.

We each have memories of a parent who has said something negative about our appearance or ability as a child. Fast-forward into adulthood and that voice still affects us.

A key developmental milestone to note in children aged eight to 12 that is relevant to body image is middle childhood (or the ‘tween’ years). This marks a new beginning of brain and body changes to prepare for adolescence. Children will desire and exercise greater independence, seeking belonging in friendships and exercising greater logic and empathy, with socio-emotional development during middle childhood being closely linked to self-esteem, which is ‘measured’ by children through the following three ways:
1. academic achievements
2. friendships
3. body image. 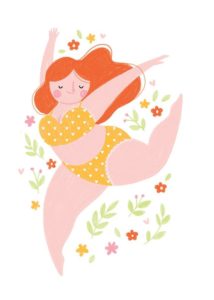 In my professional and personal experience, the issue of body image perhaps presents the deepest of psychological issues, which if not handled with due sensitivity can create long-term mental and physical health difficulties. During the pre-pubescent phase of development, at around ten-years-old, many girls will gain weight, which is the body’s way of preparing for all the changes it will experience during puberty. It is critical that you reassure your daughter that this is normal, and that she is not fat. Open, age-appropriate and tactful conversations about what to expect and why it is happening, can help to ease any anxiety while preparing her for this overwhelming and confusing time.

At around 11-years-old, physical changes happen, particularly for girls, who may experience growth spurts, breast development, bodily hair and menstruation. This is the age when most children need to begin using deodorant. They are also becoming increasingly aware of their – and others’ physical appearance, making judgments about their own bodies in comparison to their friends’. Given the sheer ubiquity of social media and advertising in contemporary society, feelings of anxiety, inadequacy and low self-esteem are sadly all too common, with advertising campaigns using these insecurities to their advantage. Relax Kids and ChargeUp Coach, Stacy Mann, informed me that her sessions on body image are being used for children at an increasingly younger age. Some attending at five-years-old. She says:

My current small groups of five to ten-year-olds are obsessed with putting make up on and watching Instagram tutorials. They all (including the boys) find it difficult to say one thing that they like about themselves. We spend lots of time saying positive affirmations to each other and about ourselves. I tend to use celebrity examples such as footballers who meditate and say positive affirmations. We also talk a lot about flipping the script and changing their mindset. 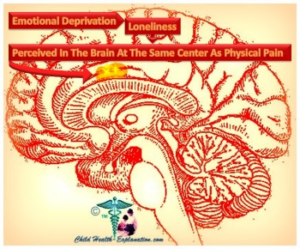 Given children’s brains and bodies are going through seismic change during middle childhood, their mood, responses and behaviours will greatly fluctuate – oscillating between happiness to anger and fear very quickly and won’t take much to trigger them. In the image below, you will notice an oval yellow shape deep in the centre of the brain. This is the amygdala – the brain’s panic button. When children feel embarrassed, threatened, scared or anxious this panic button becomes activated, while PFC (the rational, ‘thinking’ part of the brain) loses control and the child ‘flips her lid’ – either screaming, shouting or showing aggression. This all happens in milliseconds and your response can either help to ‘put that lid back down’ or add fuel to the fire. When your child feels embarrassed, threatened, scared or anxious, they need you to be patient and calm to help them return to a safe psychological state. This means that you too need to be aware of your own mental health and triggers as these could hinder you being emotionally present for your child. 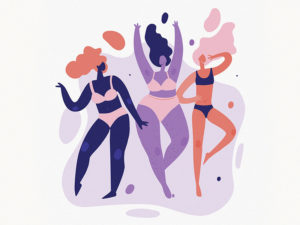 One mother I spoke with, resulted in an exchange of personal recollections. I told her about my father making me do sit-ups when I was seven-years old because I was ‘fat’ and being put on Slim Fast when I was 9-years-old. To this day, my relationships with food – and myself is far from ideal. She told me about her own battles which have directly influenced her young child who consequently ‘hates her body’:

My daughter is 10 and I feel it’s too late for me to undo any damage as I hate my body, and because my daughter has heard me talk badly about myself it has had a detrimental effect on her and how she now thinks about herself. This makes me so sad because she’s a very strong independent young girl and the thought of her hating her body all her life makes me feel helpless.

It is disturbing to think that twenty years ago models weighed 8% less than the ‘average’ woman. Today they weigh 23% less than the ‘average’ woman. It is little wonder that children acquire negative messages about food and body image from such a young age, often with parents reinforcing these messages by openly criticising their own appearance in front of their children.

Negative weight talk and dieting among family members, especially from mothers who serve as role models for body image, is related to body image concerns and eating disorders in adolescent girls.

So, what can we do to help counter the endless ‘perfect’ but generally airbrushed images that are everywhere? How can we raise our children to be confident, resilient and able to make the right choices for themselves? Here are just a few suggestions:

• check whether you and your child SMILE enough every day:

Sleep enough – did I rest enough today?
Move my body – did I exercise today?
Inhale. Exhale. Did I meditate today?
Love and connect. Did I connect with someone today?
Eat to nourish – did I choose healthy foods today? 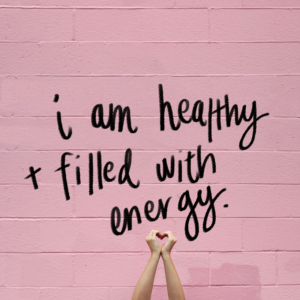 This simple yet effective tool was designed by Dr Laura Vater, with each letter representing one healthy habit and counting as one point. The daily score ranges from 0 to 5. If your score is high (4 or 5), you tend to feel better mentally and physically. When your score is low (0 to 2), energy and mood also tend to be lower

• Ban the term ‘diet’ from your home! It is more helpful to instill healthy eating habits from the beginning so that your child is empowered to make healthy choices
• You can complain to the Advertising Standards Authority if you (or your child) see an advert in a magazine, on television or online that you think presents an unhealthy body image as aspirational
• Lead by example, by modelling positive behaviour around body image, eating healthily and staying active
• Use daily positive affirmations with your child – pointing out all the wonderful things about them (and yourself) is an effective way to banish unfounded, negative thoughts
• Have open conversations about physical and mental health, listening to your child without judgement or criticism
• Stock up on healthy foods and drinks – not ‘diet’ foods and drinks that are packed with harmful artificial sweeteners like phenylaniline and aspartame
• Encourage your child to take regular exercise – sports that are social in nature are good choices like hockey, lacrosse, football or basketball. Remember – the required daily physical activity requirements of children is 60 minutes, with two hours sedentary time. It’s your responsibility to see that they are achieving this
• Show abundant and unconditional love and affection – you are your child’s best weapon against all the negativity that can surround body image. When they know they are loved by you – without fear of judgement and criticism, they will be better able to accept themselves as they are
• Talk to your child about advertising – explain to them that what they see is not real or realistic, and that people look very different under all that make-up and technology. You could watch and discuss short videos such as Media Vs Mind and 11 Facts About Body Image. 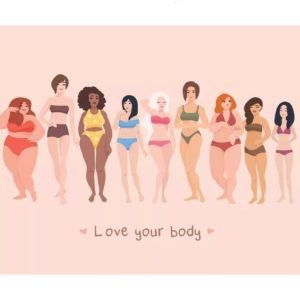 Mine is an award-winning author, lecturer and trainer. She has worked in the field of early childhood education and care for over 20 years. Mine is the winner of the Nursery Management Today (NMT) Top 5 Most Inspirational People in Childcare Award.

She is the founder of the award-winning Cache Endorsed Learning Programme, Applying Neuroscience to Early Intervention and the two times award-winning online training programme, Self-regulation in Early Years. Mine is currently undertaking a PhD in early childhood education and neuroscience to develop her work in the complex and challenging subject of early brain development. Her key objective is to bridge the knowledge gap between neuroscience and early years discourse and practice. 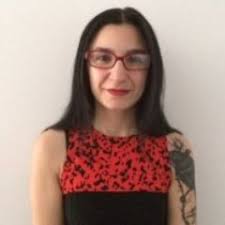